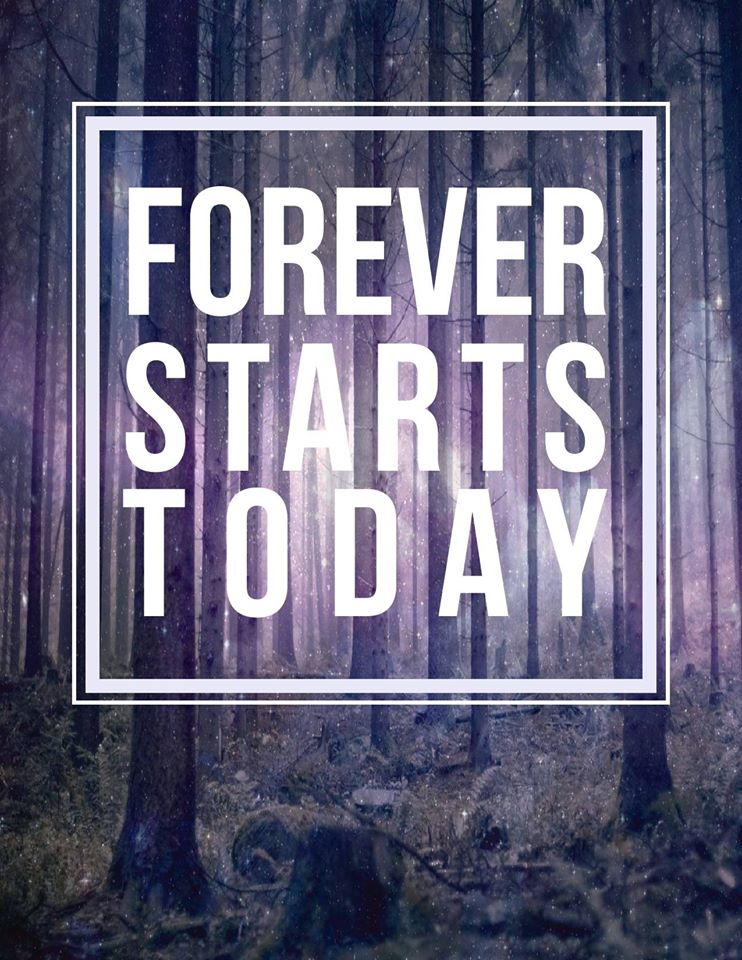 RYL: Tell us more about your last single “We’ll come alive” What makes you particularly proud of its release?

FOREVER STARTS TODAY: “We’ll Come Alive” is a passionate anthem about pushing back against people who may have stopped believing in you at one point in your life.

It was written to have a “You think you knocked me down? Oh… just wait!” kind of vibe, which was composed to ignite the fire in our listeners to prove the haters wrong and know that anything is possible!

We may be knocked down now, but “We’ll Come Alive!” A song written about such a critical topic such as knowing your own self-worth and not listening to what others have to say, is something to be proud of in itself.

RYL: Do you remember the first time you played it live?

FOREVER STARTS TODAY: The first time we played “We’ll Come Alive” was in Austin, Texas and it was at our first concert ever. Christina had bronchitis and Cameron’s bass battery died in the middle of the song, but that’s the joy of our concerts, is we keep it real.

A mess up on stage is really just an opportunity to make the audience laugh and smile. We always have a good time 🙂

RYL: Which was first song you wrote?

FOREVER STARTS TODAY: The first song we wrote was “Running Back To You” and ironically enough it was the only love song we’ve ever written as well.

The song is about falling in love and wanting the world to know about that special somebody.

No matter what happens in your life you find that you want to keep running back to them because they make you so happy!

FOREVER STARTS TODAY: For the most part, all of our songs are written as a group. Usually the guys will come up with a cool riff and play it and Christina will freestyle some lyrics on top, and if we have that practice session recorded we can have a brand new song almost completely done in an hour or two!

RYL: Do you remember the day you first met?

FOREVER STARTS TODAY: Forever Starts Today was just recently born from Christina’s solo project, “Christina Murphy”. Christina auditioned Cameron back in 2012 for a bass position and they have worked together since.

Shortly after, Nathan was brought in as a new guitarist for “Christina Murphy” and just a month after that the decision was made to drop the solo name and go with a full band name – thus “Forever Starts Today” was born!

Still needing another guitarist, an ad was placed on Craigslist and Troy was found. We all have great chemistry and a good drive. You’ll be hearing a lot more from us soon!

FOREVER STARTS TODAY: Each concert we play, we look for a way to set us apart from all the other bands playing. We want to be remembered!

There was a Battle of The Bands competition which was aired on live TV that we competed in so we brought a mini dirtbike to the show and during our intro, Christina rode the dirtbike up on the stage, (nearly taking out the sound guy I might add) did a full circle, threw the bike down and said “I may not always ride a dirtbike on stage… but when I do?

It’s for American Battle!” and the crowd went wild! It was amazing! No one was expecting it!

FOREVER STARTS TODAY: The best gig we have ever played would have to be opening for The Promise Hero at The Gypsy Lounge.

It was an outdoor venue on a freezing night and we were the opening band with about 10 – 15 people in the audience. As we were playing through our set, a few more people started trickling in, and a few more and a few more, nothing too noticeable.

It wasn’t until the middle of the set that we noticed something was up… the ENTIRE venue was PACKED! There was no way we knew this many people and the band we opened for was from Ohio, so their Texas following was not the largest.

As it turned out, people heard us playing from off the street and we had a packed house of people singing and waving and dancing with us on stage!

It was a night to remember!

FOREVER STARTS TODAY: We have a lot of exciting things happening in 2015! We are about to start recording our EP which will be released later this year, as well as being booked for SXSW and we have all new merchandise coming out soon too!

Right now we have shows booked for central Texas but we’re keeping our eyes open for potential bands to play a tour with some time soon.

FOREVER STARTS TODAY: We currently have all of our songs written and ready to record! We are weighing our options with a producer at the moment, so we don’t want to give anything away just yet!

RYL: Do you have any musical guilty pleasures?

Nathan: I’d have to say mine is… Black Viel Brides

Troy: Shared a stage with Paul Gilbert at G4.
Christina: Probably either getting chosen to play on Warped Tour or else riding the dirtbike on stage.

Cameron: Jumping off the stage while playing bass at a church concert.

Nathan: Playing the national anthem at a football game on electric guitar.