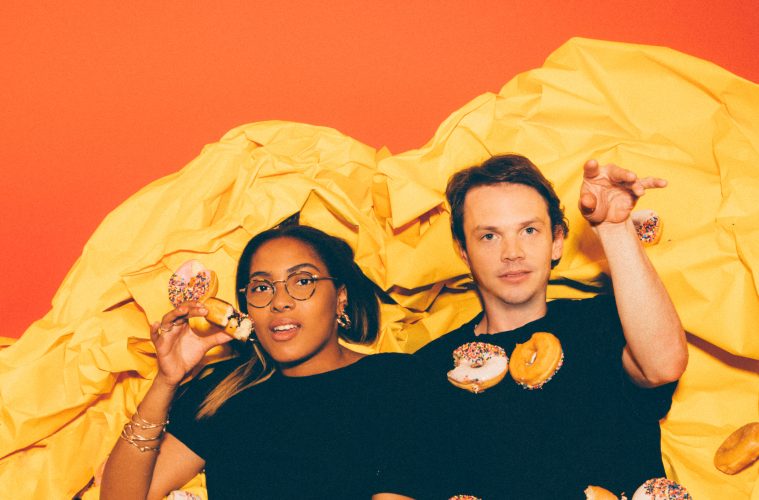 rockyourlyricsSeptember 12, 20180 views
News0 views 03 min read
Following the release of their highly infectious debut EP ‘9F’,  transatlantic duo WESLEE today announce their debut UK headline show at London’s The Waiting Room on October 18th.
The news of the new live date follows the recently released acoustic version of their single ‘Somebody’ and the announcement that they’ll be supporting Franc Moody on their UK tour with a show at London’s Village Underground on October 16th.

‘9F’ effortlessly captures both the expensive-sounding production and sticky hooks that etch WESLEE’S musical makeup. Frontperson Emma has a voice like honey, that is the perfect foil for the band’s left-of-center songwriting that delves into sex, love and heartbreak. The breezy, atmospheric pop of songs like ‘Somebody’ and ‘Tongue Tied’ are ideal millennial pop – for anyone who’s found themselves in awkward lust driven situations. Previous single ‘Sweat Dreams’ is a lusciously bright banger that is pumped full of hooks all about not letting your mind get the best of you and further define the themes behind ‘9F’.
Independently released, self-written, recorded and produced ‘9F’ is an irresistible debut from the duo capturing both the joy and uncertainty of relationships. Across the EP’s seven tracks, they explore the highs and lows of dating, falling in love and of course, break ups all through the prism of perfect timeless pop.
WESLEE have since enjoyed over 14 million streams with singles ‘Bathwater’, ‘Boy Like You’ and ‘Tongue Tied’. With each release WESLEE have instantly stormed the Spotify viral chart and with their debut EP out now they’re setting out to prove that their success was no fluke.
Live dates:
September
27th – Notion Magazine Launch party
October
16th – Franc Support. Village underground, London
18th – The Waiting Room, London