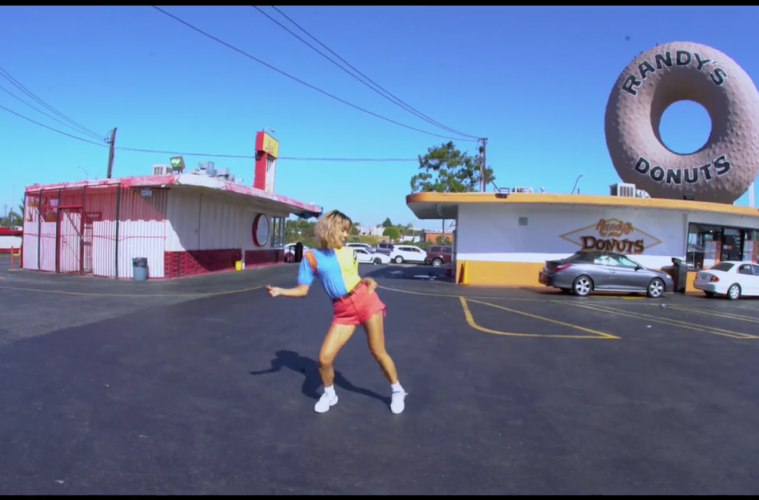 Directed by Alexandra Gavillet, who also took the reigns for the Weslee’s ‘Boy Like You’ video at the end of last year and has worked with the likes of Khalid, Hailey Baldwin and Pusha T, the video follows dancer Chu as she boogies her way around suburban LA, bringing the infectious Weslee groove to parking lots, garages, motels and parks. Chu’s colourful clothing and personality, alongside the brilliant blue of the California sky and the city’s vibrant paintwork, combine to match the track’s buoyant, uptempo sound.
The release of their debut EP, the confident 7 track ‘9F’, caps what’s been a swift ascent for Weslee since they cemented their songwriting partnership following a cancelled session with an aspiring popstar. Their debut single, 2017’s ‘Gassed’, was spotted by Annie Mac and swiftly made Mistajam’s Hottest Record In The World on Radio 1, springboarding the duo into the international consciousness. Having played alongside Jessie Ware at Annie Mac’s AMP event at Jazz Cafe in February, they’ve since supported Franc Moody at Village Underground as well as their debut headline show at The Waiting Room which sold out within 9 days.
With a sound that spans soul, R&B, disco, hip hop and techno, without ever being able to be pinned-down, Londoner Emma and Kansas native Josh have released a steady stream of futuristic jams, which have seen them storm the Spotify viral chart (they currently have over 21 million streams and counting) and earn plaudits from a variety of tastemaking sites.
Following the release of their debut EP, Weslee have evolved from an online curiosity to a contemporary post-pop group amassing streams by their millions.