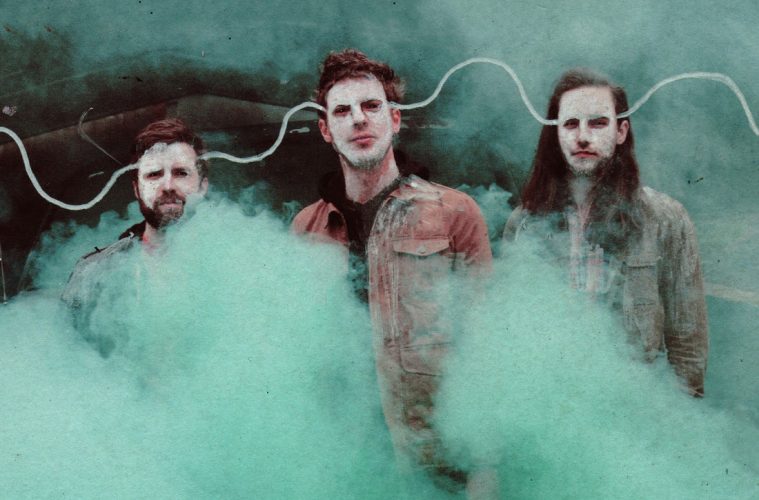 What An Uproar – Interview with Ryan Neighbors – Hustle And Drone

I have a lot of notebooks that are full of lyrics, poems, etc. Sometimes if I am in a rut and can’t think of anything I will pull from those old books but ultimately, it just comes to me when it comes to me. Often there is already a melody and rhythmic cadence to a song I have written and I just need to refine the lyrics. I wouldn’t say I have a set way of doing things.

Oh yes, definitely. I used to hide behind a lot of metaphor and story telling as to not expose too much of my real feelings. On this new record, I ditched that method. The vocals and lyrics are very naked and exposed. It’s kinda scary.

Hmm… it’s probably buried in an old notebook somewhere and too personal for me to have ever included in a song.

What inspired “Dark Star,” part of your upcoming album “What An Uproar”?

That song is basically about fear and self loathing. It’s a little bit tongue in cheek too.  There are a lot of struggles and battle in one’s life, where there is a clear solution (quit drinking, mend broken relationships, etc) but instead of solving the problem, you can just keep dig yourself deeper. Wool over your eyes.  That is something I was doing for a really long time. “Dark Star” was also the first song on the new album that really came together and started to click, it kind of shaped the sound of the record overall.

Do you remember the day you wrote “Stranger”?

“Stranger” was an instrumental for a very long time. We were pretty particular with vocal melody because we did not want to step on the string part. We wanted to keep the vocals pretty simple. It finally came together when we were up in Talkeetna, Alaska putting the finishing touches on the record. That’s when the lyrics and melody stuck.

The new album has a general theme of depression and anxiety. Also a broken relationship that I put all the blame on myself for. It’s not a healthy head space to be in. Finishing this record helped me finish a dark chapter in my life. I am hoping to never go back to that feeling.

“Scrap all the songs and start over. Make music you would actually listen to. If you’re in pain right now I want to hear that pain in your songs, your lyrics, and your physical voice. Work harder, make better sounds, act as if this is the last piece of art you’re leaving behind.” He really gave us hell!

We are excited to put out this record and see where things go. We have always wanted to tour more and are really hoping things come together when “What an Uproar” comes out.