What is Honest – Interview with Talullah Ruff

Your latest EP is titled “What Is Honest”, what does it represent in your career?

I think the EP represents me, musically, as currently as possible.

I wanted to put out a record that encompasses bits of my character and my life, so I think it’s really good to have something like ‘What Is Honest’ finally out there for people to listen to as your true art.

It’s a great foundation that I want to build upon.

How you will promote your music? Are you going to tour?

I don’t have a big fan base and I’m also in school, so I’m right now I’m focusing on playing shows around New York City, promoting the EP and hopefully gaining a few fans.

Can you tell us how you usually write the lyrics of your songs ?

Lyrics can start with a weird thought that pops into my head,  a single line that I’ll build around, or it can start as a concept that I turn into a poem and then shape into a song.

Not as usually, I might have a piano line I wrote beforehand that inspires a mood or a one-liner that can turn into the song; “Paper and Ink Girl/I’m So Heavy” began with the verse’s piano line.

What inspired “Anger Is An Acid”?

The title of “Anger Is An Acid” is taken from a Mark Twain quote:

“Anger is an acid that can do more harm to the vessel in which it is stored than to anything on which it is poured,”

which isn’t a line in the song, but I thought it encapsulated what the song is about: old angers that were hurting me more than the people I was angry at, but by understanding myself and working on myself, I knew I could be better than them, the people that had this capacity to hurt me.

Sonically, it was inspired by a mixture of Tori Amos, Alanis Morissette, and David Bowie. 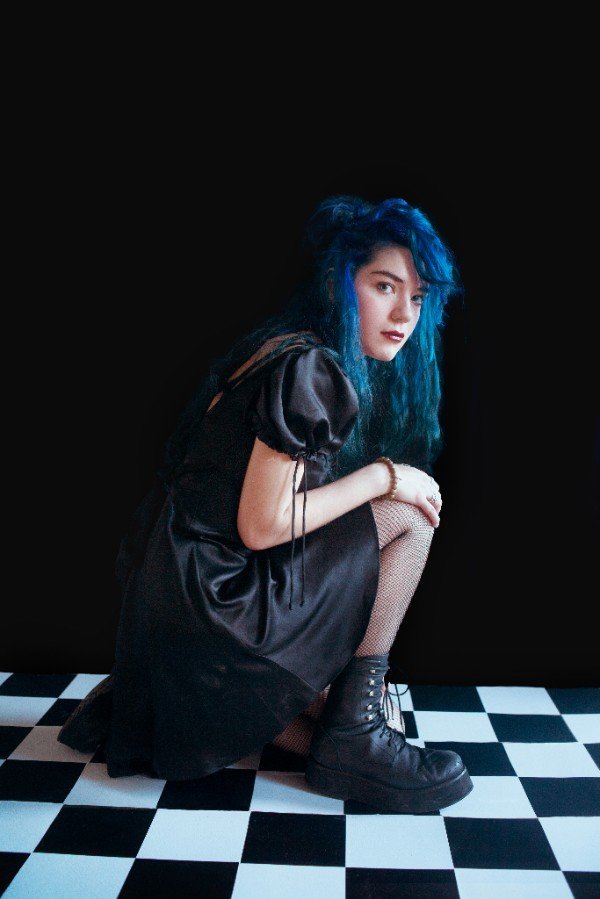 It was inspired by being physically stuck in my hometown and emotionally stuck, feeling stifled by my own expectations and the expectations of others around me.

But it all centered around the verse piano line and the violin part in the bridge; those parts came to me so suddenly and became integral to the expression of the song.

Do you remember the day you wrote “What Is Honest”?

I remember writing “I Am Not” and “Anger Is An Acid,” because they both took essentially a day to write (as well as “Paper And Ink Girl/I’m So Heavy, because it was last year, although that song took me a year to write).

But I can’t really remember writing “What Is Honest” or “Home Is Where The Heart Aches,” I probably wrote “What Is Honest” in one of the practice rooms in my high school because I always hid out in there.

What is the best lyric you ever wrote?

It’s hard for me to look at something I’ve done and think it’s “the best” of anything, I just have to like it first.

I wrote a song a couple of months ago and I liked the line, “I’m always naked or made of stone.”

And what is your favorite all time song (lyrically)?

I have so, so many favorite songs because of the lyrics, it’s very difficult for me to pick just one!

I think every song Fiona Apple and Tori Amos write is incredibly well-crafted, so it would probably be a song from one of them.

What was the biggest difficulty you had to face in your career?

The biggest difficulties I’ve had to face have been learning experiences: learning how to get out of my own way, learning how to trust some people but never underestimating the way that a lot of people are truly out for themselves, despite claiming to have your best interests at heart.

And the best moment?

The recording process had some (dare I say) magical moments when the instrumentation I was directing began to sound like I wanted it to in my head, which was a crazy feeling.

It was also really cool to say I was going to paint my own album artwork, work on it for a long time and not feel great about it, and then rush to finish it on a deadline and then stare at it wondering how it actually looks pretty good and pretty much how I wanted it to.

I think it’s a matter of having a vision and meeting or not meeting that vision in any way you know how, that can be the most satisfying thing.