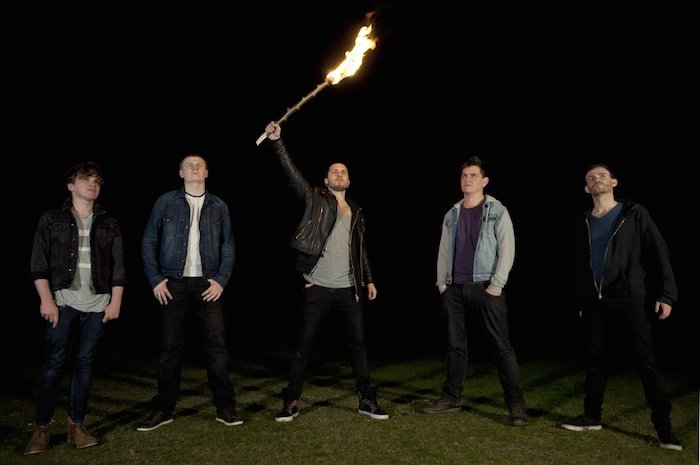 Where We Once Begun – interview with ELEMENTS

RYL: Tell us about your last EP “Where We Once Begun”, what it means for you?

ELEMENTS: ‘Where We Once Begun’ is an amalgamation of everything we’ve gone through as a band over the last year and a half.

It represents a new beginning for us as a band.

RYL: Let’s talk about the song “ Shaman”, what inspired its verses?

ELEMENTS: Jackie Chan, literally. As kids we all loved the programme ‘Jackie Chan Adventures’ and we all connected over it. ‘Shaman’ was one of the first songs that was written for this EP, and it’s been a favourite of ours ever since.

The verses were inspired by the struggle between good and evil that was shown in every episode and how they never gave up. The main bulk of the message for Shaman is in the chorus, it gives you a first person perspective of the journey of the protagonist.

ELEMENTS: Not necessarily a common meaning as such, but there are common themes throughout the EP as a whole.

The theme of progression and growing up for example is present in all the songs with lyrics such as ‘I’ve got a lot to learn’ (Plotting Treason or Saving the World), ‘For who I am to be’ (Shaman) and ‘If we fade, we’ll fade like the sun, into the water where we once begun’ (Torchlight).

RYL:  Do you remember the day you wrote “High Time For Being Free”?

ELEMENTS: Graham wrote it about a year and a half before he joined Elements. ‘High Time For Being Free’ is basically about someone who isn’t happy with where they are in life, in his case it was being on the Isle of Wight.

The song is about escaping and cutting ties to not just physical locations but from relationships and struggles.

ELEMENTS: Sometimes one member will bring a nearly formed song to the table and then the whole band will flesh it out, but mostly we’ll be together and have the tiniest of musical ideas that just sparks and before we know it we have a brand new song.

Whilst the rest of the band are doing that Graham will retreat into his headspace and give the song a personality! Most of what Graham writes is pretty raw and to the point, he doesn’t like to sugar coat his words.

ELEMENTS: ‘Make It Out Alive’ is a track that has resonated strongly with all of us. It speaks about the situations a lot of people our age find themselves in at the moment.

Everyone is unsure as to who they want to be and to where they’re going in life.

The contrasting lyrics in the chorus between Graham and Ollie represent the arguments that go through our heads daily. It’s about taking a risk and just hoping and pleading that the outcome will be positive, but at the end of the day you know you’d regret it if you didn’t.

ELEMENTS: At the risk of sounding cliché, it’s all about having fun and pushing yourself. We wouldn’t be half the people we are now without this band!

RYL:  You will tour soon?… Which is the best show you did so far?

ELEMENTS: We are indeed, 15th to the 19th of July with our friends in You Know The Drill and Elessar. We can’t wait; we should have another tour coming up in October as well, watch this space! We have been trying to get on the road for so long, going to be great to take these tracks nationwide!

The gigs seem to get better and better the stronger we get as a band. One of our best shows was probably the last hometown show we played with Miss Vincent.

Everyone in the crowd there was awesome and the Talking Heads is great venue to play.

ELEMENTS: Some fairly wild oscillations have bounced around the camp, but our main focus over the last few months has been on giving ‘Where We Once Begun’ the best release possible.

We hope to hit the studio again at the end of year though so it shouldn’t be too long before new material hits your ears!

ELEMENTS: As individuals or as a band? We all tend to like tracks with a lot of imagery in them, for example, Enter Shikari’s newest single ‘Torn Apart’ has been quite popular with Robin.

The lyrics ‘it feels as though we’re sinking, we don’t know when we’ll get to shore again’ create an image of hopelessness, but when coupled with the powerful instrumentals of the track, you know everything isn’t as bleak as it seems.

RYL: What “Plotting Treason or Saving The World” verses mean to you?

ELEMENTS: ‘Plotting Treason or Saving the World’ has some of the deepest lyrics on the EP. It’s about how there are two sides to every story.

Once again, Graham and Ollie contrast with one another in the chorus. Graham’s frustrated words are full of venom, he’s not happy with the situation whereas Ollie is accepting that whilst the situation isn’t great, there is something to learn from it.

The track is about accepting your flaws and moving on.