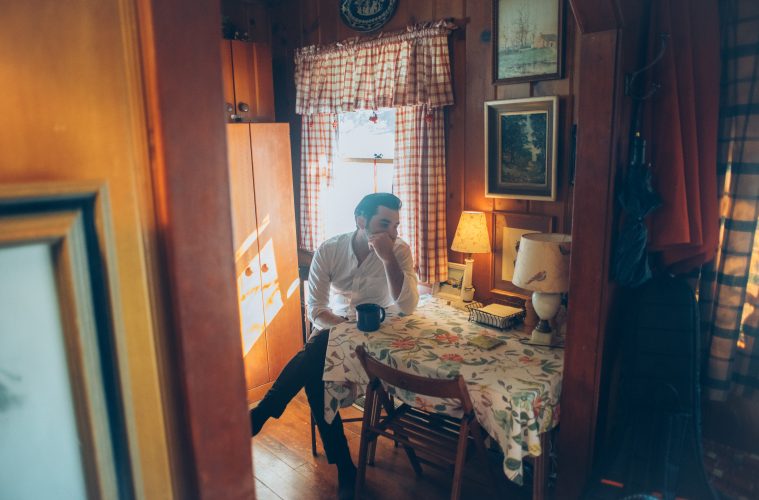 Where You Came From – Interview with Andrew Capra – Stepsons

Lyrics and music often come separately for me, so I’ll end up matching little words/phrases in my phone or on post-its with musical ideas I’m kicking around. When the emotion of the lyric/title matches the musical idea then I start down the avenue until a song rears its head.

Honesty. That and ‘authenticity’ are thrown around a lot, especially in Nashville where I work and write, but they are easier said than applied. We want to hear about your experience rather than listen to what you think we’d like to hear. When I step back objectively I can tell my best work is the most truthful, forthcoming and honest work.

I’m a fairly private person in my day-to-day interactions, so for me songwriting gives me an unfiltered outlet. If it feels a little uncomfortable and personal then I did my job, putting ego aside to give you my experiences.

It changes depending on my mood, but at the moment it might be “It was the year of the river/and in the rush it seemed/everything I loved/was moving away from me”. Those first lines from the song “Year of the River” sum up a season of change where the days seemed to go at a dizzying pace.

What inspired “L.A. Morning”, part of your latest EP  “Where You Came From”?

“L.A. Morning” was written about one of the first times I crossed the entirety of Los Angeles, from the east side where I once lived, all the way over the canyons and down to the water in Malibu. It was early in the morning, before the freeways were gridlocked, and I found a peace I’d never felt before winding through the canyon roads. It was a momentary respite from the sprawl I lived in, a break from all the worries of making rent and schedules and obligations. For a minute, I felt as though everything could be alright. So, “L.A. Morning” is a simple song of hope.

“Where You Came From” has an interesting story – my wife and I decided to find the little town in New Mexico where her grandfather’s house once was. We set out in a car and ended up way out east near the Texas border, finally landing in a dusty place where very few things had changed. We walked along the street where her father grew up, listened to the freight trains roaring by, and visited the city graveyard. It was one of my favorite adventures, so when I got back and picked up the guitar one night this song fell out.

And “Year of the River”?

“Year of the River” was a phrase I came upon that perfectly described where I was at that moment – feeling like everything around me was moving frantically and I could do nothing to stop it. Love, friends, stability, age – all these things suddenly felt so far out of my control. I started mulling this over around midnight at the piano one evening. My first sketch, with some humming and blah-blah’ing, ended up being most of the framework that became the final song.

Do you remember the day you wrote “Everything in Motion”?

I don’t remember much about completing the song, I know I finished it over a few bursts, but the moment I do remember plainly was playing with the chorus at my piano. I kept playing it over and over, feeling like the last line, “everything in motion”, wasn’t impactful enough, until I landed on a minor descending chord progression and its current melody. Once I hit that I quickly recorded it in my voice memos and the song began to show itself. I knew I wanted to talk about leaving the city I lived in for over a decade, and I also love writing about some of my old friends. This period of life- spreading out over the country, getting married, etc, is incredibly fascinating to me. It’s a lot to process, and the way I do so is through writing.

Yes- this EP is a ‘places’ album, a collection of road songs. In my head I can hear the hum of the highway in every tune. So many emotions surfaced after moving from Los Angeles to Nashville, and this is my attempt to get them all down.

This was a multi-producer project – Joshua Gleave and Paul Moak both lent their talent to this EP. Paul’s workflow was truly one-of-a-kind – his studio is a hyper-creative space that’s ready to record at a moment’s notice. His sense of calm is probably the most inspiring part. I felt more relaxed there than any other band studio sessions I’ve done in the past, which let to much less second-guessing.

Joshua has been making music with me for several years now, and I’ve come to love and depend on his intuition. He is all about simplicity and impact, and in places where I would have kept stacking parts to make that, he would hit the mute button and make space for what was already there. Regarding best suggestions, Joshua is the reason for the “Year of the River” outro – we were doing a listen-through at my place and he suggested some sort of singalong part as it faded out. I think I riffed the ‘la la’s’ while at the piano and we both got giddy. To me, a simple ‘la la’ is a emotional resignation- to the fact that this ‘river’ is going to continue flowing and rising, and to me it makes the song even more sad.

Singles and shows! I cannot wait to play live with some of my Nashville buddies. I’ve also got a small batch of demos in the works and am releasing singles later in the ear.