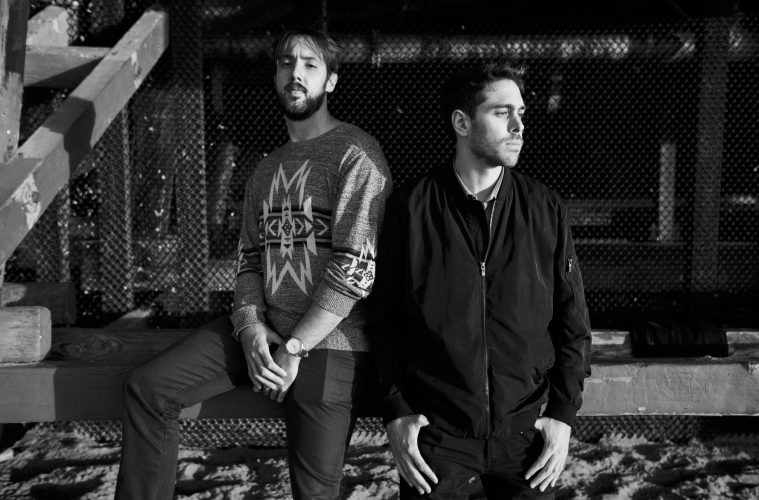 Evan: I typically write the music first and the lyrics second. For the lyrics, I start by thinking of a situation I’ve been in before, a place I’ve been to, or a specific relationship, whether romantic or otherwise, and think about how I felt or feel about that place or person and what images come to mind. Usually that leads to an a-ha moment of what idea or theme the song will revolve around.

Jon: Similarly, I tend to start with a general “feel” to a song. It’s usually inspired by a rhythm or chord changes. The two biggest aid to lyric writing is usually find a scenario or feeling you’re trying to write about and then don’t stop writing. Let it all come out, and rewrite certain parts that don’t fit. Sing it, record, wait a day, then revisit them. You’ll know if you like it or not.

Evan: Experimentation is probably the most important thing. Trying different things and finding what works and what doesn’t, and building off of what you learn for the next time.

Evan: Not really worried about strangers hearing about my personal life. I’m more afraid when the people I’m writing about hear my songs, unless I wrote something positive about them, then of course I would want them to hear it. A good happy song is hard to write though, at least for me.

Evan: That’s a tough question. I have a song called “Paper Moon” that we play sometimes that I like the lyrics to. It’s a really sad song though. I wrote it soon after a bad breakup with an ex and it starts out: “All the moments I thought I knew seem to fade in a shroud of the truth. Sitting here with my heart split in two, like a puzzle I can’t seem to do.” I like the lyrics in that one because they’re relatable and capture how I felt at the time.

Jon: For me, it’s part of a song I wrote called “Blue Blood”: “Coast to coast perpetual lover/Time and again I’m wishing that we were together/Long flight to LA/Blue as the blood in your veins/You won’t fight the urge to change.” It described someone better than I thought at the time.

What inspired “All Eyes”, part of your latest EP “White Seasons”?

Evan: Another ex girlfriend of mine who was the first girl I ever really loved. We had a really tumultuous relationship but there was a lot of love there. The song is about the difficulty of getting through the end of that relationship, even after a long time had passed.

Evan: White Seasons is more of a mix of happy and sad. It’s about longing for better days during hard times. The better days I was thinking about when writing it, and what the title of the song is referencing, was spending winters in the snow with my family and friends.

Do you remember the day you wrote “Miles Alone”?

Evan: I remember around the time I wrote it, but I can’t tell you the exact day. I was in my sophomore year of college in my tiny closet of a room in Isla Vista at UC Santa Barbara. I was dating my now ex girlfriend, the girl who I referenced when talking about “All Eyes”, who lived about 400 miles away from me at the time at UC Davis. It’s about her.

Jon: I think the link is that all the songs tackle tough issues and that Night Market can share those in a meaningful, acoustic way.

Evan: We produced the EP ourselves! My advice for myself is to get more sleep.

Jon: My advice is to keep writing!

Evan: We have a lot of summer shows coming up around LA and plan on writing and recording a lot more new music!