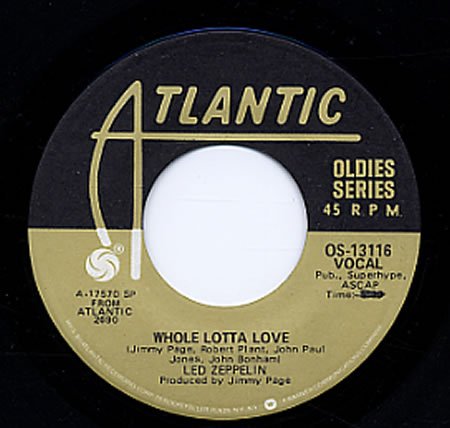 Led Zeppelin, one of the most important bands in the history of rock and roll, certainly one of the top five bands of all times.

Their music inspired hard rock and heavy metal genre while we can certainly say that their style was so unique that is difficult , even for the most espert critic, to categorize or define.

Robert Plant (singer),Jimmy Page (guitarist), John Paul Jones (bassist) and John Bonam are the four legendary members of the band that was formed 45 years a go in 1968.

Their initial name was “The New Yardbirds” but then was changed in LED ZEPPELIN as a reply apparently from an affirmation of Keith Moon and John Entwistle (members of the Who) that were apparently insinuating that the new group of Plant would have failed as a “lead ballon”.

Lead became “Led” and Ballon became “Zeppelin”(as it is reproduce in their album cover).

Till date the success of the band in terms of sales is estimated to be around 300.000.000 copies sold worldwide.

LZ released eight studio album , the last one dated 1978 and titled “In trough the out door” before the deatch of John Bonam in 1980.

After John’s death the group decided to not perform anymore,the ninth album called “Coda” is just composed by different out-takes from the whole band’s career.

“Whole lotta love” is a song released in 1969 as part of the second album Led Zeppelin II, it is the first song of it.

A lot of controversy happened after the release of the song, not regarding the amazing guitar riff of Jimmy Page but about the lyrics that Plant sang in one take (like if it was during a live concert).

Apparently Plant had an inspiration from two songs : “You Need Love” – Muddy Waters 1962 and “You Need Loving” of Small Faces of 1966.

As we said before, Led Zeppelin sound cannot be categorized, it is rock, folk, blues, hard rock……

In 2013, again voices of a reunion…….that we hope will come soon, we would love to see Mr Plant, Page, Jones and the son of Bonam back on stage.