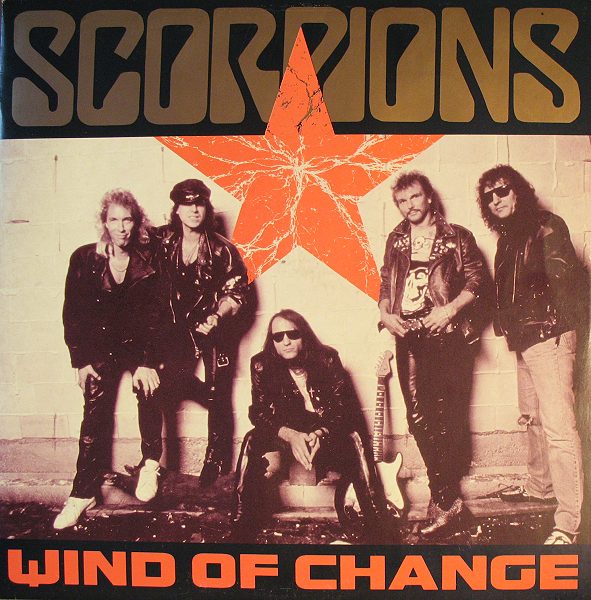 Scorpions were created 48 years ago in Germany……………..can you imagine it? It seems yesterday we were listening to their most important successes: Wind Of Change, Rock You Like a Hurricane and many more.

The band, which we can categorize among the bands of Heavy Metal, sold during its career more than 100.000.000 copies worldwide with 18 studio albums.

They were created in 1965 by Rudolf Schenker (guitar) and few years later the singer Klaus Meine join them.

In 1991 they released the album called  “Crazy World” that contained an incredible success, Wind of Change.

This song will be later utilized as hymn for the fall of the Berlin’s wall even if the lyrics of the song they do not refer to the political situation in Germany but they are related to Russia.

In fact the lyrics were written after a concert in Moscow and celebrate the end of a very conservative politic of USSR, and the rise of a  new politic more opened to change.

With the song you have the feeling to walk around Moscow and to breathe new life,  a new “wind of change” that will modify forever not only the life of millions of Russians, but also of the all world.

The success came quite rapidly; in Germany the song sold over 6.000.000 of copies