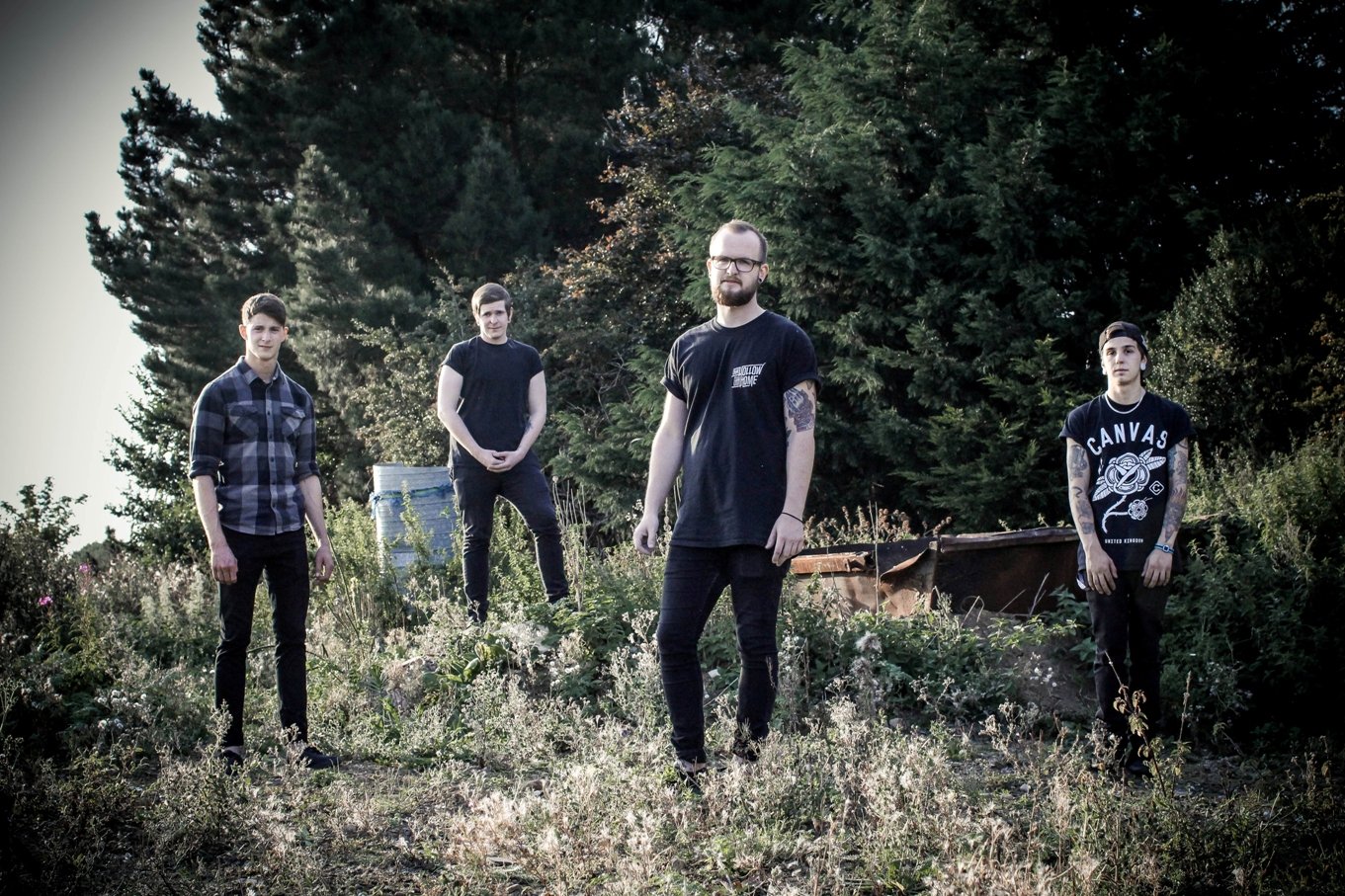 RYL: Your new album “Wires/Iron/Blood” will be released in march next year. What it does mean for you its release? Which was its main achievement in terms of lyrics?

DEATH KINDLY WAITS FOR ME: The EP was the result of some of the first things we wrote. Everything was raw, and I had taken a year or so away from writing music. The lyrics were all much more honest and real to me than anything from previous bands.

DEATH KINDLY WAITS FOR ME : Each song is about things that happened to me prior to joining the band. The theme was pretty much ‘these bad things happened to me, but it’s ok’. It’s kind of therapy.

RYL: Tell us everything about the song “Decade of War”..which of its verses you like the most?

DEATH KINDLY WAITS FOR ME : The song is about the struggle to make music, and to keep making music. The whole process can be really hard and can take a toll on all aspects of your life and yourself.

I have been making music for over a decade now, and to be honest it has at times felt like a war – mainly within my own head, especially when you see a lot of people your own age giving up and settling down. For me the first verse is the most powerful to me, it’s sometimes hard to sing live because of that.

DEATH KINDLY WAITS FOR ME : I always have a notepad with me – or if I don’t then I write things on my phone. Some things come to me throughout the day, out of nowhere. Quite a majority of the lyrics of this EP were written in practice though, everything came easy.

DEATH KINDLY WAITS FOR ME : I would go with the first verse from Decade of War.

RYL: Do you remember the day you wrote “Best Friends”? what inspired its lyrics?

DEATH KINDLY WAITS FOR ME : I wrote the main chorus hook about a year or two previously to the song coming together. I had a really bad experience with my best friend after he treated me really badly for a chance with a girl.

The whole experience impacted on a lot of elements of my life, it was complicated. I felt like a put a lot of time and energy into the relationship with him, but none of that mattered to him in the end. It was actually a reason why I gave up on music – we were in a band together at the time.

RYL: Do you always follow the music advises of your producers?

DEATH KINDLY WAITS FOR ME : I think you have to respect them, but you know what is write for the band at times. It’s hard.

RYL: Tell us about the upcoming tour..

DEATH KINDLY WAITS FOR ME :We are doing a 10 date tour for Wires/Iron/Blood all over the UK! We are talking to a couple of really cool bands right now about coming out with us. The dates will be available on our Facebook page.

RYL: One of your new songs is titled “Cutting Room Floor”, what inspired its verses?

DEATH KINDLY WAITS FOR ME : The song is about how I knew so many people that had making it in music as a dream – but gave up on it. It’s really important as I get slightly older for me to realise that you can do whatever you put your mind to.

The line ‘you gave up on it, it didn’t give up on you’ says it all for me.