Wish You Were Her – Interview with Screech Bats

How are you preparing the two months before the release of your new EP “Wish you were her”? What have you selected to name it like that?

We are currently rehearsing all our new tunes! We’re playing a few shows here and there to get us ready for the tour and release show. It’s so exciting!!!

We have decided to name this EP “Wish You Were Her” because 3 out of 5 of the songs are about important women who have played a significant part of shaping Esme’s life but all of whom are no longer part of it.

Can you share with us the most difficult moment of its preparation? And crazy behind-the-scenes?

Writing and rehearsing tends to be loads of fun and the most difficult thing was probably picking which of the songs we wanted to record!

Kit had demoed quite a few and originally wanted to bin “Get Better”, but in a strange twist of fate, it ended up being the single to the EP!

There have been endless crazy behind-the-scenes moments – we are all too hectic and eccentric for there not to be.. but maybe one of the more stressful moments of preparation include Esme having to travel 5 hours to Blackpool last minute to re-record some vocals.

We had not left enough time during our original recording week to get the vocals down to all 5 songs in one day.

She was mad rushed trying to bang out 5 songs and about 6 hours in, she sounded like a dying pig that had eaten a toad. 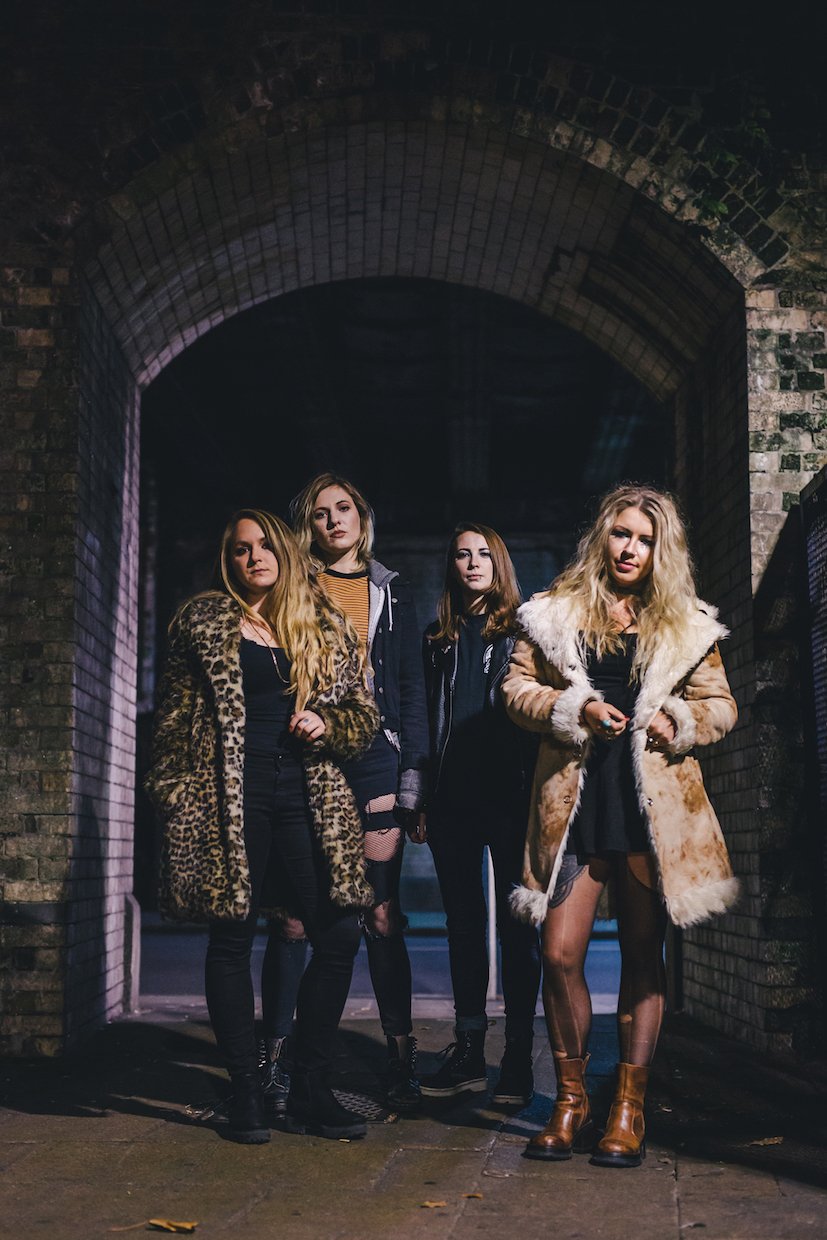 Esme makes notes all day every day of stuff she wants to sing about or lyrics she thinks of when wandering about.

She then takes these ideas and fits them to the music when we have the music ready for lyrics to be added.

She listens to the demos, gets a full vocal idea together, then brings it to the table and we all give feedback, all of the writing is very much a collaborative effort.

Kit often writes ideas for melodic lines and the odd verse while demoing the musical tracks too.

That is for you to tell us 😉

This EP differs form the last in the sense that in our last EP the best lyrics were funny and whimsical like ‘young love, too young, your hands are clammy and you use too much tongue’ or ‘I’ll take you to my leader, if you come in peace, I will be your Elliot, if you will be my ET’, but all the best lyrics from this EP are much more depressing and introspective.

On a serious and personal level, I do really like the second verse from the single ‘Get Better’ because it really sums up my experience of my rehabilitation with the doctor who saved me:

“I followed you through hallways,

moving sober as a hearse,

but I found just what I needed,

my pills, my mind, my nurse,

taking notes on what I’d say,

You’ll teach someone else to live again,

I also like the pre-chorus in  ‘Blood in my Hair’, its an attempt at a consolatory idea to anyone who has ever lost someone, or anyone who is scared of their own mortality;

‘ “I’m so scared of being infinite,

I can’t breath if we have no end.”

She said – “If we’ve all risen up from the Earth,

death is just us falling back down again…” ‘

Esme: ‘Lick The Tip Of An Envelope Yet To Be Sent’ Circulus

You get used to false promises and learn to roll with the punches. We have met a lot of tossers, but a lot of hardworking passionate people too.

Sadly, we have experienced and still experience a lot of sexism, but at the same time, we have met a Hell of a lot of people who have been through it too and are fighting the good fight to end this archaic patriarchal underbelly of the music industry for good!

What inspired “Get Better”?

“Get Better” is first and foremost a thank you to the doctor who dedicated months of her life to rewiring my brain, taking a woman who was waiting for the next second she could be alone so she could kill herself, and moulding her into woman who loves her life and wants to live it to the full.

If you had told me three years ago that I would be happy to wake up in the morning, I would have told you you were a goddamn liar. I never imagined a life unburdened by crippling depression and yet here I am.

With that in mind, I wanted to also write this song as a message to everyone who is suffering through something similar – recovery is possible – it is hard, and it is slow, but it is possible.

I hope that the fact I have been through it and come out better and stronger for it, might serve as a light at the end of the tunnel for some people in their darkest hour, when everything seems desperately hopeless.

“Blood in my Hair” is about losing a friend too young.

We were at the age where we felt invincible – late teens, early twenties, where all we did was party, drink, take drugs, not think about the future – death wasn’t part of our life.

Anyone I had known that had died was old, and that seemed infinitely far away from us. Losing someone suddenly, who was the same age as me, was a rude awakening to how immature this way of living and thinking was.

I didn’t deal with the grief at the time at all, but after a few years had passed and I started working on this project, I felt maybe writing a song about it could help to process how I felt about it all.

I wanted to look at death from all the angles I could fathom. Despite yelling ‘I’ll see you in Hell” a couple of times thoughout the song – it was intended as a positive message out to anyone who has had to grieve.

I talk about my friend going to Hell because we were all so young, and such fuck ups, if there was a ‘Hell’ in a traditional biblical sense – she would definitely be going there, and if there is a Hell, so will I, so I will see her there.

But I wanted to talk about the idea of being mortal not being something to be so scared of – and maybe if you can get your head around all our lives being finite being a peaceful thing – death simply being us falling back into the Earth as it were – maybe we can all breathe a little easier, and just enjoy the ride we are on?

It is terrifying to sing these words on a stage, and people hearing this EP is going to be like hundreds of people reading my diary all at once!

However, I feel like I have been lucky enough to work through a lot of dark shit, and come out a better person for it, so I am putting my shame and fear aside in the hopes that I have been able to write some words that people can relate to, and if any people listening find these songs in anyway comforting to hear, then it was totally worth it!

Do you remember the day you wrote “just like you”?

I do – and I cringe when I think about it.

This song is written for someone I had fallen face first in love with, and they just wanted a quick fuck.

Not only this, they were actually very ashamed that we had slept together and went to great lengths to not let people find out.

This was a pretty crushing kick to the ol’ self esteem. But I wrote these words after I resolved to stop wondering what was so unlovable about me, stopped picking myself apart, mulling over all my flaws, and focused my attention on why this woman didn’t want anything serious with me.

I came to the conclusion that she had for whatever reason, developed this way of coping with her own insecurities by grappling for romantic or sexual attention from vulnerable lonely people like me.

After realising that this was just her way of coping, and it wasn’t because there was something wrong with me, it was much easier to say – there are plenty more fish in the sea – wish is pretty much the message of the song.

I only cringe when I think of it, because when I originally wrote the lyrics (which have since been a bit censored, they used to be angrier) I actually demoed it on a shit mic in my bedroom and sent it to the exlover in question.

BIGGEST CRINGE MOVE OF ALL TIME. Talk about a mental ex right??

We have played Rebellion festival twice now and that has been amazing both times. Always a great crowd, very supportive and engaged, and its also a festival where loads of the bands we cross paths with throughout the year at gigs come together to play.

So we have a great time catching up with mates there too.

What is the craziest thing a fan did for you?

We don’t have any crazy fan stories, yet – so prospective fans out there – you better buck your ideas up and start sending some lunacy our way alright?

We have a tour coming up with our EP release (which comes out on the 4th of April) – then we hope to record our debut album before the end of the year!