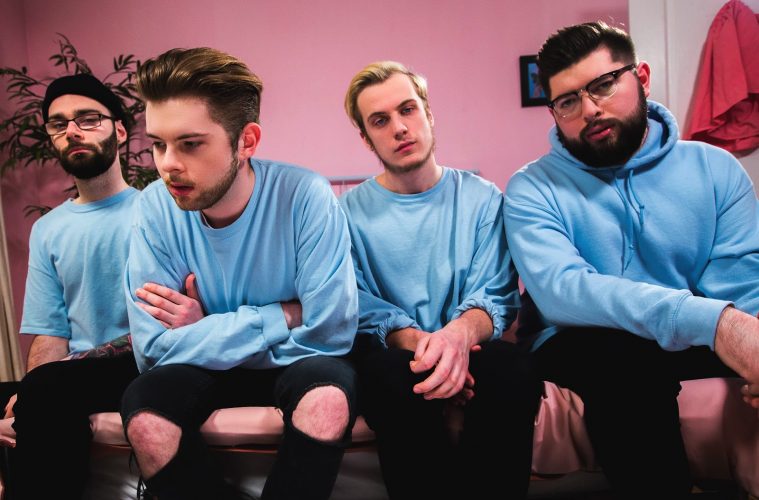 rockyourlyricsMay 31, 20188 views
News8 views 02 min read
Bournemouth, England pop rock band Wolf Culture have released their debut EP ‘The Devil’s Plans for Idle Hands’ today! The EP features lead singles “Wreck” and “Continents” along with two brand new tracks. Check it out now here: https://fanlink.to/tdpfih
On the release, vocalist/guitarist Max Dervan reveals, “The true spirit of The Devil’s Plans For Idle Hands is to look into real life situations that young people in an extremely sheltered area of the country can actually experience. Its lyrical bitter sweetness looks to poke fun at what people often perceive to be champagne problems”.

The Devil’s Plans for Idle Hands Track Listing:
1. Wreck
2. Killing the High Horse
3. Continents
4. The Side Effects of Being Happy
Wolf Culture originated from the seaside town of Bournemouth (South Coast UK) back in 2015. After meeting in a former band, Jake Daniels (drummer) and Jay Dervan (guitarist) broke off and put their own ideas to good use. After quickly realizing a singer was needed to front the band, the duo pulled in the talents of vocalist Max Dervan. The band called in some favors and soon recorded a cover in their living room and uploaded it to YouTube. Their cover of ‘Dial Tones’ by Brighton band As It Is quickly reached over 20,000 views. The trio soon began working on their own music, drawing influences from modern pop-punk, emo and other genres. After receiving some great local reviews, the band started to see their first show offers coming in. In 2016, the trio was joined by bassist Josh Halbert and launched itself into the scene under the name of Wolf Culture. The band have since gone on to play shows with the likes of Like Pacific, Trophy Eyes, WSTR, Hawthorne Heights, Milestones, Weatherstate, Fort Hope, Better Than Never and much more.