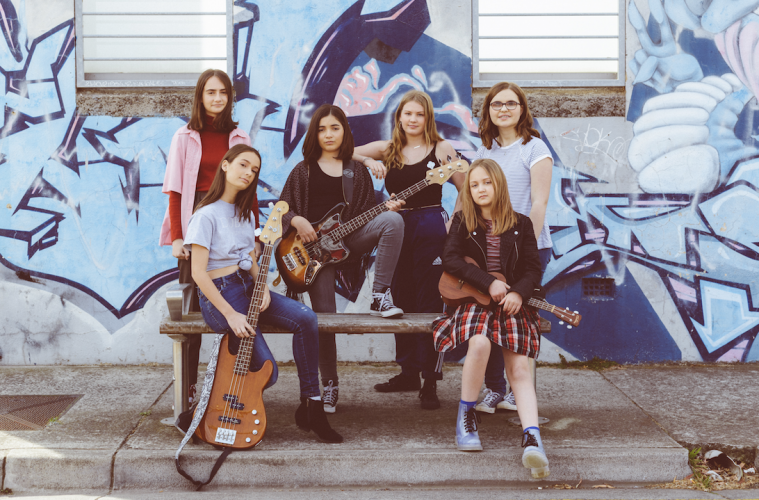 How do you usually write the lyrics of your songs?
I tend to get inspiration from other artists or concepts that I see around me. A lot of the time though, lyrics for my songs are personal experiences that I have.

Are you ever scared of revealing aspects of your personal life/experience to strangers through your music?
Strangely enough, I’m not afraid of revealing  personal aspects of myself. There’s this feeling that I have, that if I’m afraid of showing who I am then I can’t be an advocate for change.

What is the best lyric that you ever wrote (the most meaningful for you)?
The best lyrics I’ve ever written would have to be a line from Self-Love, ‘Pieces of my mind back because of me bae.’

What inspired “Built for Boys”, part of your latest album “Work Like That”? (written by Lily Harnath)

Lily Harnath: I wrote Built For Boys about one of my friends who was feeling lost about her place in the world. But I think that it also relates to everyone’s desire for purpose and a sense of belonging. The song focuses on depending on others for a sense of identity but is primarily about not fitting in and feeling different. I was inspired to write a song that is upbeat and fun in a way to convey hopefulness and a celebration of our individuality that separates us from each other, but also connects us through empathy and compassion.

And “In The Morning”? (written by Indigo King)

Indigo King: The song started from a little poem I had written in a diary about procrastination and the effect it can have on relationships. I really wanted to write something that was groove driven and had more of an upbeat vibe then some of my other slower tunes. I was listening to artists like Kaiit and SZA on heavy rotation and loved how you could focus on the lyrics and be really taken with their words and phrasing and fall into the really poetic side of the song, and then you could be solely listening to the groove and beat of the song and just want to dance!

Do you remember the day you wrote “Self Love”?
Yes, I remember writing it. I had another idea that self-love’s lyrics were based off of, but I decided to change it. I think that was a good moment that I remember about writing the song.

What are your plans for upcoming months?
Well, for me I’ve wanting to record my own music outside of YoWo. So I’ve been looking around for studios, or have been asking family members who are in the industry for help.