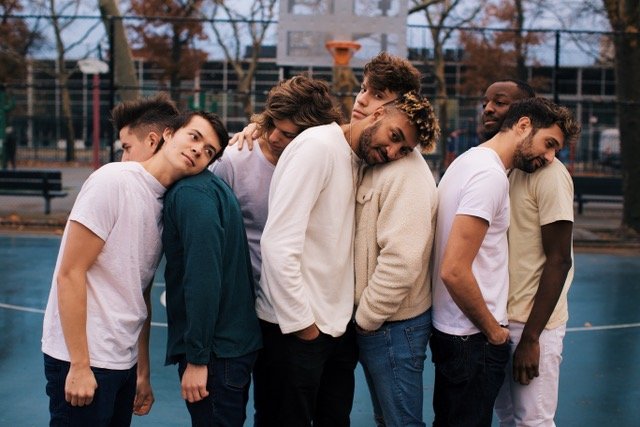 Workin’ on Lovin’ – Interview with Juice

How do you usually write lyrics?

Most important thing in songwriting?

Intention, at least that’s the short answer to something bigger. – Michael

Are you scared of revealing your personal life through songs to strangers?

To strangers, no. To reveal hidden parts of myself to those who think they know me very well, possibly. But, in order for the art to thrive, you need to be vulnerable. – Ben

Probably the bridge of “Heartbreak in a Box.”

‘And as the seasons change they said our love would fade just like the leaves in September. And in this endless rain our story stays the same, won’t you remember?’ – Ben

We were at school trying to film a video and we were angrily told that we’re a thorn in the side of the university. This encounter sort of summed up a general feeling of conflict between us as a band and a general “them” that doesn’t like us and what we represent, whether that’s music, freedom, diversity or just chaotic energy. – Christian

What inspired “Audrey Tell Me”?

Not sure, the idea of intrigue regarding a few things- a girl, a car, mortality, buried subconscious desire. And Prince of course. – Michael

Do you remember the day you wrote “Sugar”?

It was snowing out and we were all chilling inside playing. We started grooving on this one idea. Kamau started singing some line about “take all the pie you want.” We revisited the idea that summer, and “Sugar” came together pretty quickly. It was the most collaboratively written Juice song to date. – Rami

What is the best suggestion a producer gave you?

Capturing energy and emotion is more important than accuracy. – Ben

Same as it ever was, international superstardom. – Daniel