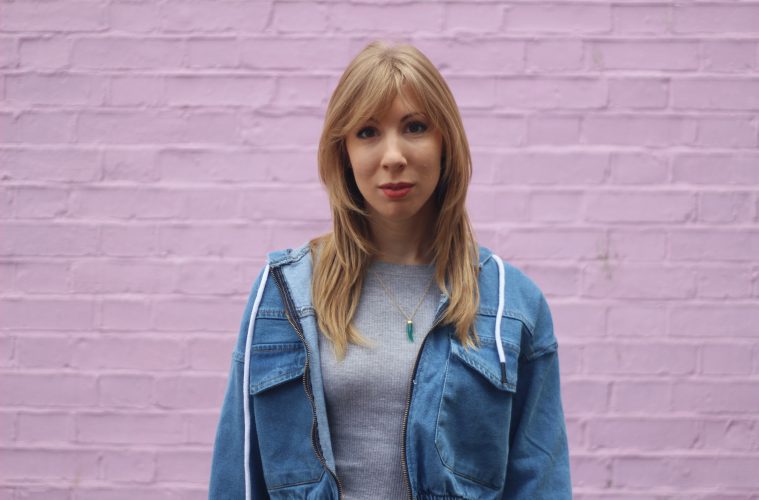 It’s always from personal experience, whether that’s my own or someone I know. I find it much easier to make a lyric relatable when it’s based on a lived experience. I tend to start with a brainstorm of thoughts, ideas, one-off lines, before launching into writing the song because it helps me stay on topic and know what I want to say. Personally I like to add details into the lyrics, like in San Francisco: “Took bottles from the bar, we were 6 floors high”. Usually they’re accurate too unless I change something because it fits or sings better – we were actually 8 floors high not 6…

Knowing what the point of your songwriting is. I always try be honest and real in my writing and have a clear message in my songs, because I want people to relate. But if your aim is to write music that makes people escape, or you want to evoke a particular emotion you’ll take a different approach.

Can you tell us more about the initiative “Write Like a Girl”?

Yes! ‘Write Like A Girl‘ is about championing female songwriters in the UK and providing them with a platform. We run regular writers round showcases in London and are doing our 2nd UK tour in November, which I’m really excited about. Only 17% of UK songwriters are women – although it’s a long road to change that, we hope that by showcasing what women can do we can illustrate how we bring a unique voice to the writing table, and hopefully inspire others to write. I also want to challenge gender stereotypes and sexism, for example that women are too emotional – sometimes male artists can get away with singing a lyric that a woman singing would be accused of being too “poor me”. If women do tend to be more “emotional”, let’s own that and use it to better our writing so that we can hit emotions that some male writers maybe couldn’t.

I’m more scared of revealing my personal life to people I know actually! I like that strangers can interpret my music however they like, but when someone knows me it becomes more complicated. My last two singles have been about very specific situations that have happened, and there’s always that fear that people involved will hear the song and not appreciate it!

There are a couple of songs I’ve written for an upcoming project that are about how to deal with and process pain that I love. One particular one ‘Slow Down’, which is about how filling our lives with busyness to avoid feeling pain isn’t healthy, I originally began writing about a family member and then I went through something personally that made it incredibly real for me – it was like I’d written it for myself to listen to in the future.

I went on a 5 week backpacking trip across South East Asia earlier this year and while I was in Vietnam I met someone from San Francisco. We were just friends but there was a moment when we said goodbye where I felt something could have happened, but neither of us acted on it. The song is about letting that moment go but wondering what would happen if I had another opportunity. It’s not making any assumptions, just casually saying: “I’ll probably never see you again, but if I’m ever in San Francisco would you care?”

Do you remember the day you wrote “Building Bridges on the Dancefloor”?

I do! It was a hard one to write so it happened in a few stages. The night that inspired it I wrote down a load of lyrics at 4am when I arrived home. Then I went to my aunt’s house in Scotland for a mini writing retreat – she has a grand piano that looks out over a beautiful loch outside of Glasgow and it was there that I finally wrote the chorus and the bridge and the verse melody. Then I took it to my friend Kaity Rae who’s a total genius and she finished it with me.

Are you currently working on the release of a new EP/album?

I have a couple of EP concepts that I’m writing for that I’m excited about, but I’m currently releasing stand-alone singles as it gives me the flexibility to write about something that hits me in the moment and be able to share it with people fairly quickly.

My producer was also my cowriter, so she gave a lot of good suggestions! When we were making the demo though, she copied a line from the second verse into the final post-chorus of the song, and it made the final “But if I’m ever in San Francisco” line even more poignant.

I’m about to go to LA and Nashville for a month’s writing trip, which I can’t wait for. I also plan to get back in the studio and finish off a few songs I’m working on, and then I’m on tour with ‘Write Like A Girl’ in November, which will be lots of fun!