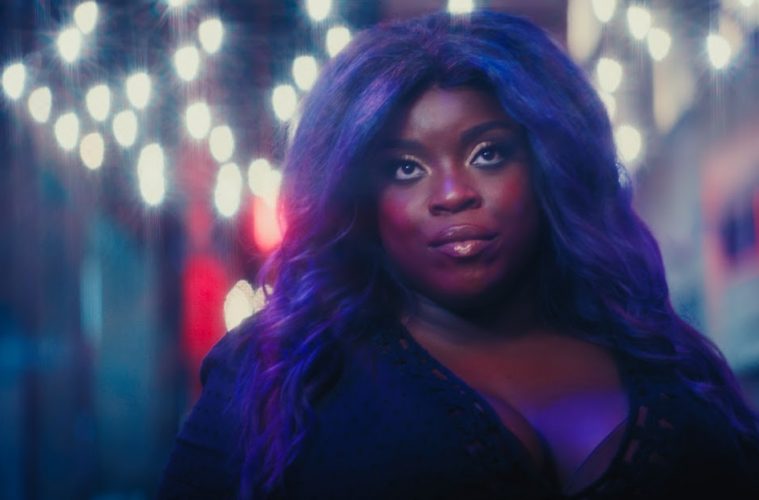 Yola released the official music video for “Starlight,” a smouldering slice of symphonic soul and the latest single from her anthemic new album, ‘Stand For Myself,’ due for release via Easy Eye Sound on July 30, 2021. Yola has also confirmed an intimate stripped back in-store set at Rough Trade Bristol for August 15th, tickets are on sale HERE.

The romantic visual is directed by Ford Fairchild. Set against a beautiful late night neon cityscape, we watch and wait until we witness Yola’s moment of connection. Discussing the video, Yola stated, “I wanted to put something into the world that showed people what my dating life is like now. I’m currently single, yes, but I’m not neglected or some soulless sex robot. The volume of media dedicated to showing dark skinned Black women having a nice normal time in romantic situations, be it true love or just dating, is still lacking in my opinion.”

Discussing the sex positive message behind the song, Yola stated, “Starlight” is a song about looking for positive physical, sexual and human connections at every level of your journey towards love.”

Adding, “The world seems to attach a negative trope of cold heartlessness to the concept of any sexual connection that isn’t marriage, this song looks through a lens of warmth specifically when it comes to sex positivity. Understanding the necessity of every stage of connection and that it is possible for every stage of your journey in love, sex and connection to be nurturing. Temporary or transitory doesn’t have to be meaningless or miserable. In the right situations every connection can teach us something valuable about who we are, what we want and what is healthy.”

‘Stand For Myself’ reflects on Yola’s belief in the possibility of paradigm shift beyond the mental programming that creates tokenism and bigotry, which have deeply impacted her personal life and professional career. It has also been hailed as a singular sonic shift by top tier media outlets. “Diamond Studded Shoes” also peaked at number 1 on the Americana radio chart, and has A-List rotation from BBC Radio 2, and 6 Music support.

Produced by Dan Auerbach, the album traces a musical thread to Yola’s most eclectic musical inspirations. From the seminal albums Yola discovered via her Mother’s 70s record collection, to her love of eclectic British radio, which featured a fluid mix of rock, 90s neo soul, R&B and britpop—all which soundtracked her childhood and teenage years in Bristol, England. Yola experienced prejudice throughout her childhood and career and navigated these experiences, as well as homelessness in London and stress-induced voice loss to launch her solo career in 2016. She achieved breakout success with her debut album, ‘Walk Through Fire,’ which landed her four GRAMMY® nominations including Best New Artist, critical acclaim and fans from Elton John to Mavis Staples.

Yola will return to the UK in August for homecoming shows including a special intimate set at Rough Trade Bristol on August 15th, with more activity to be announced. Yola recently performed at Love Rock’s annual charity event in New York alongside Gary Clark Jr and Bon Jovi and will be one of few artists to perform at both Newport Folk and Newport Jazz in the same year, when she joins the lineup of both events this summer. She will also be performing dates with Chris Stapleton on his rescheduled tour in 2021 and will headline The Ryman Auditorium in 2022. For more information and tickets please visit: www.iamyola.com

2. Dancing Away In Tears