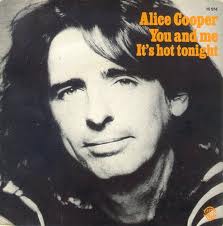 You and Me – Alice Cooper

Considered one of the major successes of Alice Cooper, “You and Me” was written back in 1977  (by him in cooperation with Dick Wagner) as part of the 10th album of the singer called “Lace and Whiskey”.

This ballad, for sure is not rock n roll as other songs of Alice,but, what to do….everybody has a romantic side ….even the King of Horror Rock.

Even Frank Sinatra did a cover of this song as a homage to the rockstar……..just crazy isn’t ?

The song talks about love, watching tv, laying on the sofa, and a lot of …. xxxx