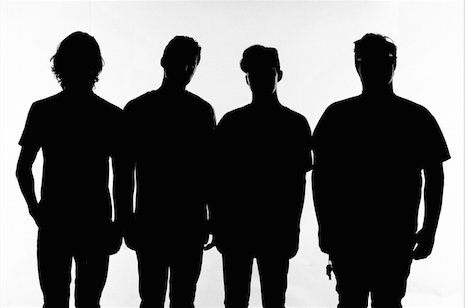 YOU,FEAR AND ME – Interview with TIM RILEY – SOUVENIRS

RYL: We really want to know all about the new album “You, Fear and Me”, to be released December 16th! What do you expect from it?

SOUVENIRS (https://www.facebook.com/SouvenirsCA) : well, since it is our first full length we don’t really know what to expect to be honest haha. Jawbreaker said, ” expect the best accept the worst.” No matter what happens we are very pleased with the way it turned out.

RYL: the last single released from the album is titled SWAN – what inspired its verses?

SOUVENIRS: My little brother was struggling with an eating disorder around the time we were writing that song and we have always been super close. Anyone I’ve introduced him to has immediately liked Him more than me haha.

He is such a positive force and to see a person like that in a state of depression is devastating. The line ” one more trip for five days” was his last stint of no food and then no water for the last two days. I was scared to death and I could literally do nothing but be there for him when he was ready to get better, and he did.

The song is for everyone who has dealt with that sort of thing. Things will get better, please believe.

SOUVENIRS: No I don’t think so. The album was written over the span of a year so it encompasses the full spectrum of emotion I went through during that time.

RYL:  Which is your favorite song of the all album?

SOUVENIRS: Well, personally Swan is my favorite because it’s so important to me. It was such an emotional time for the whole band because he is a part of us ya know? He is our guy. If we had it our way we would never tour without him. Man, I’m getting all flustered just talking about this haha.

SOUVENIRS: There definitely isn’t one specific way it happens. Sometimes I’ll hear something in a movie or a stranger talking on the phone and it just clicks. Other times its direct effect of situations I’m going through.

SOUVENIRS: Well that is very subjective question so I am going to answer that as which is my FAVORITE verse haha. ” I can take apart a bed frame and put it back in one piece, but I can’t build a home without you near me.”

There is a lot of weight behind that line and it was written at a very pivotal point in my relationship with my girlfriend.

RYL: Do you remember the day you wrote “A mile High”?

SOUVENIRS: YES! It was in Detroit Michigan on our last tour with TSSF. I sang the chorus into my phone probably ten times trying to get it right so I could remember it. Another song about my girlfriend haha. She is from Denver, hence the title.

RYL: Which is the first song, you wrote ?

SOUVENIRS: Go and Stay Gone. We wrote it while we were staying at The Embassy in Cuyahoga Falls, OH. It was fall and I feel the song reflects that. Shout out to Light Years, Peanut, and strong Nick.

RYL: Your new tour supporting the album will bring you all across US? what have you prepared for your fans?

SOUVENIRS: Yea we have a full US tour lined up this spring. Second half of this question is kind of weird… When you say ” what have you prepared” I feel like I’m on a cooking show trying to present some classy dish made out of saw dust and green beans. We will def be playing some new songs though!