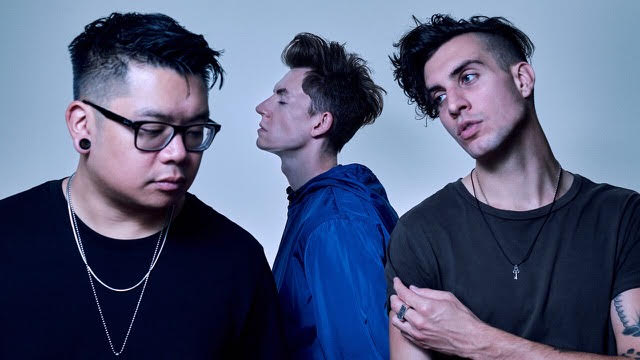 rockyourlyricsOctober 3, 20180 views
News0 views 02 min read
Entitled ‘Scatterbrain’ the new single of Young Rising Sons features infectious playful lyrics, driving drums and gritty guitars, while narrating the chaos and confusion of feeling something and not understanding or knowing how to process it. The band explain “It’s the byproduct of being an emotional hoarder and carrying baggage that you know you shouldn’t. Scatterbrain is about trying to balance the outside work when you’re living inside your head”.
At first glance, Young Rising Sons may seem to be just another Jersey band, raised on Bruce in the ‘Land of Hope and Dreams’. Perhaps, at some point, that’s exactly what they were, but Young Rising Sons has grown into a family, with its foundation rooted in resilience.
On a moody fall day in the East Village, bassist Julian Dimagiba & drummer Steve Patrick stumbled into a dive bar and caught Andy Tongren performing an acoustic set. The two realized that Tongren, an Ohio-born singer, songwriter, and guitarist, was what their band needed. They had instant chemistry, and the newly formed Sons threw themselves at the NYC and NJ circuits.  After beginning to develop a humble, yet loyal fanbase they met producers Shep Goodman & Aaron Accetta.
In 2014 Young Rising Sons signed with Goodman & Accettas’ production company, Dirty Canvas Music, and released ‘High”. It garnered the attention of fans and industry executives alike. The band ultimately signed with Interscope Records and released their self-titled EP shortly after.
Following their signing, Young Rising Sons played to the world through placements in Toyota, Pepsi & Hulu commercials, trailers – like Universal Picture’s “A Dog’s Purpose,” the Guitar Hero video game, and ESPN broadcasts of NCAA Football.
They have performed across the US, Canada, and the U.K. with the likes of Halsey, The 1975, & The Neighbourhood.  From 200-cap shows at Bowery Electric, to a field of 20,000 at Firefly, the Sons fans have grown with the band.