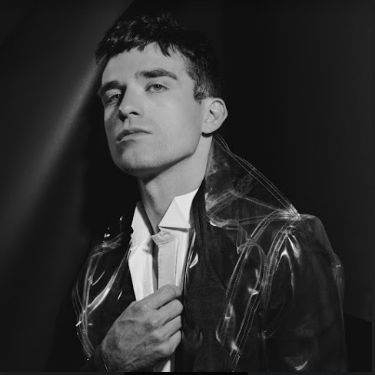 Yours – Interview with Chris Garneau

I start with a phrase or just a few words and then go to the music. / Once I have some form verse or a rough sketch I go back and finish the words.

Not anymore! On my first album “Music for Tourists” I just wrote the most real and true things and I let go of that a bit on my second album. Since Winter Games and the new, I’ve tried to return to that initial integrity that I had since the beginning. I regret that I gave that up while making El Radio, I got insecure and scared to emote after my first album came out.

(from Relief)—
I didn’t go to see the city I went to see it around you
(from Raw & Awake, because it’s still so fucking true)—
I know you love me but be smart
Offer solutions instead of your heart.

What inspired “Torpedo”, part of your latest album “Yours”?

My father abandoning his family for darkness, choosing the demons

Shedding of old skin, friends’ strength in self-liberation, my own strength in the process of becoming who I truly am, self respect and love, and the power in that, knowing that you have options in this world, as long as you are free.

Do you remember the day you wrote “Tower”?

Yes I was in my studio in upstate NY in late summer 2016, it was a few months after my aunt died, she died while holding my hands — well she took her last conscious breath while looking into my eyes…. she was suffocating to death.  the moment haunts me to this day.

More touring ! I am also writing the music for a feature film by Jean Gabriel Perriot. And working on a new album, and releasing a new single I am very proud of this winter called Little While.