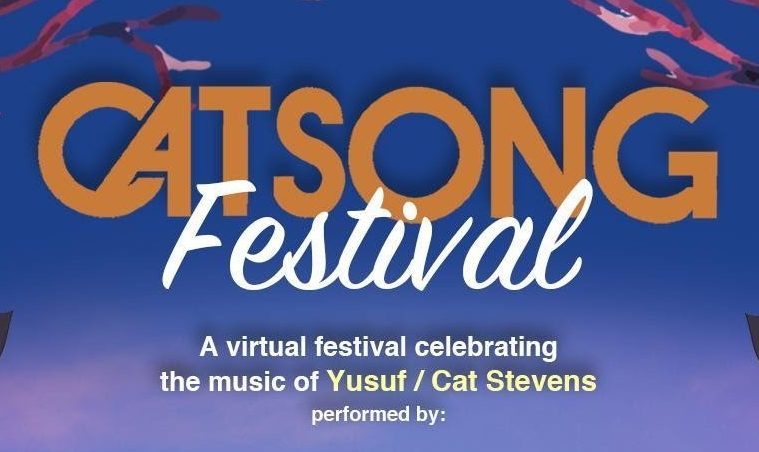 “It’s great to see and hear these covers of my songs given new life. There’s no better honour for a songwriter than to have his songs performed by talented musicians with such love and sincerity. Thank you.” – Yusuf / Cat Stevens

Yusuf / Cat Stevens has announced CatSong Festival, a special live YouTube broadcast in celebration of the 50th anniversary of his classic 1970 albums ‘Tea For The Tillerman’ and ‘Mona Bone Jakon’, two records that have touched the hearts of millions and elevated Yusuf / Cat Stevens to legendary status as a musician and songwriter.

Over 40 artists have generously given their time and talent to perform songs from across his entire catalogue, including the likes of Dave Matthews, Jack Johnson, HAIM, James Morrison, Brandon Boyd of Incubus, Passenger and more. Fans can expect new interpretations of ‘Wild World’, ‘Peace Train’, ‘Father And Son’ and more of Yusuf’s hits and classic songs. This wonderful collection of covers will be broadcast on the official Yusuf / Cat Stevens YouTube channel on 5th December at 8pm GMT, 12pm PT HERE. 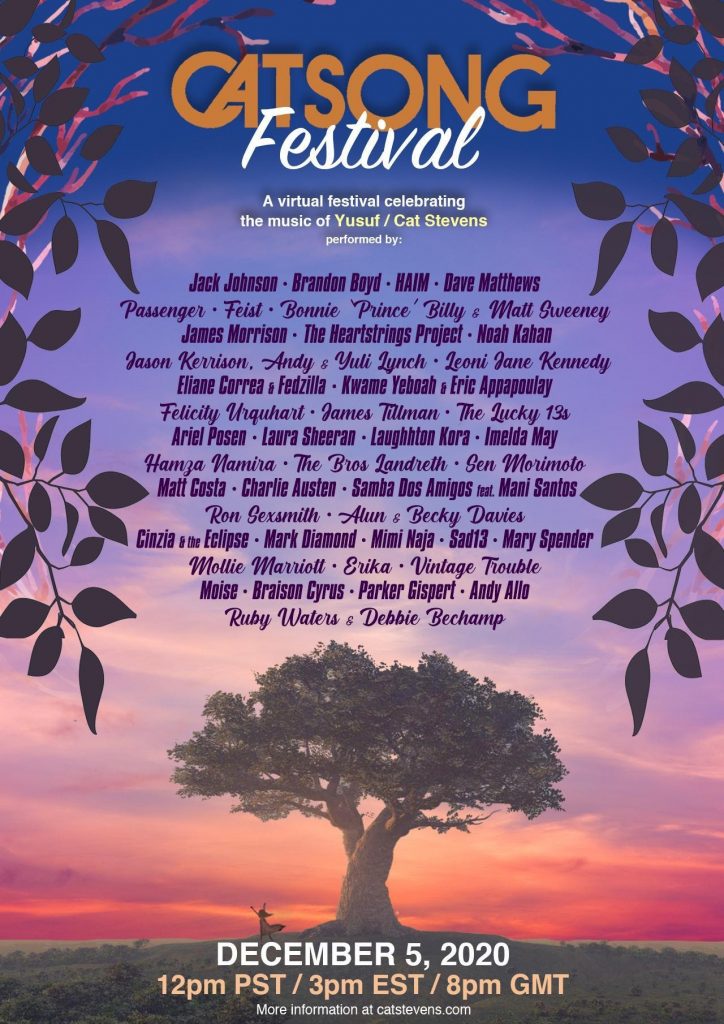 The CatSong festival will see participation from artists across a wide range of different musical backgrounds and at various stages of their careers, representing the unity and spirit of inclusion that is an essential aspect of Yusuf’s message of peace. The remarkable quality and sincerity of the performances that make up this project shows how profoundly Yusuf’s influence is felt at all levels in the industry; from those just starting out on their musical journey to those who have become legends in their own right and at all points in between.

With the extended disruption to the music industry due to the global pandemic, the CatSong Festival has taken on a new significance. Having had to cancel a full year of scheduled touring in 2020, Yusuf is all too aware of the significant threat that the ongoing pandemic poses to live music and is keen to be a part of the solution. He sincerely hopes that this event will give the participating artists a chance to share their talents with his and each other’s audiences. At all levels of the industry, it is imperative that we find ways to allow musicians to connect with new audiences to keep the flame of live music burning.

December 5th will see special performances from artists including: