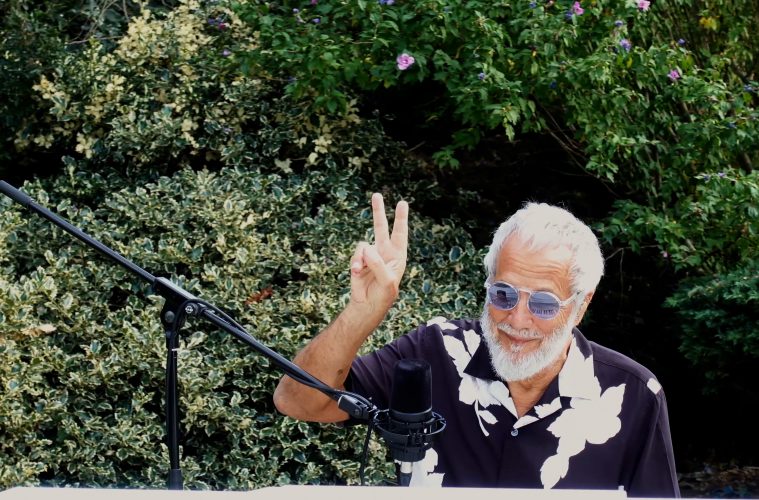 Legendary Singer-Songwriter, Rock and Roll Hall of Fame inductee, and celebrated humanitarian Yusuf / Cat Stevens has teamed up with Playing For Change, the multimedia company responsible for the popular “Songs Around The World” video series garnering more than one billion total online views, to produce “Peace Train” around the world with more than 25 musicians from 12 countries. Featured musicians include five time Grammy Award winning blues/americana artist Keb’ Mo’, Grammy nominated Senegalese artist Baaba Maal, and Silkroad’s Rhiannon Giddens, also a Grammy Award winner. The video was released today in honor of the International Day of Peace on September 21st and is available on Playing For Change’s YouTube Channel.

“Peace Train” – Yusuf / Cat Stevens’ timeless anthem of hope and unity – was originally released on the classic album ‘Teaser and the Firecat’ in 1971 and was Stevens’ first US Top 10 hit, reaching number 7 on the Billboard Hot 100 chart. The Song Around The World version unites Yusuf / Cat Stevens, singing and playing a beautiful white piano in a tranquil open air setting in Istanbul, Turkey, with musicians such as Ghassan Birumi playing the oud in Ramallah, Palestine; musicians from the Silkroad Ensemble in Rhinebeck, New York; Pat Simmons (The Doobie Brothers) and James “Hutch” Hutchinson (bass player with Bonnie Raitt) performing in Maui, Hawaii; and bringing together conflict regions with Tushar Lall playing the harmonium in Delhi, India; and Joshua Amjad playing the Kartaal in Karachi, Pakistan.

“We are privileged to be able to create a glimpse of unity through music. However, if you want to make the Peace Train real, then you need two tracks: one track has to be Justice, and the other must be Well-being. Everybody should have access to these two things, then the Peace Train can really get going.” Yusuf / Cat Stevens

“We’re extremely honored to collaborate with Yusuf / Cat Stevens to create a global “Peace Train” with musicians from around the world. This song’s powerful message is as relevant today as the day it was written and as we celebrate the International Day of Peace, we hope that everyone will join us as we stand up for a more equitable and compassionate world,”  says Mark Johnson, Playing For Change Co-Founder.