Yusuf / Cat Stevens releases ‘On The Road To Find Out’ + video

Yusuf/Cat Stevens has released ‘On The Road To Find Out’, newly recorded and reimagined for the upcoming Tea for the Tillerman² album release, due September 18th via UMC in celebration of the 50th anniversary of the era-defining, multi-platinum selling album.

Inspired by a journey of self-discovery and personal transformation, the new arrangement presents a deeper reflective tone and stark contrast to the original acoustic-folk 1970 recording. As a hypnotic groove unfolds, Yusuf explores R&B’s African desert influences, as soulful guitar riffs and Hammond organ drive like a rambling caravan across an expansive, wide open sonic landscape.

Yusuf delivers a rich and gritty lead vocal in a lower register than some fans may be used to. His lyrics seem to carry more weight through the wisdom and worldly experience Yusuf has acquired since he began his metaphysical journey.

‘On The Road To Find Out’ was written following the battle with TB and lengthy recovery period that wiped out most of 1968 and ‘69 for Cat Stevens on a public and professional level. Privately, however, he had experimented with meditation and techniques of personal reflection through that period of spiritual evolution. The literature he was reading – most notably ‘The Secret Path‘ by Paul Brunton – sparked a passion for widening his range of learning. 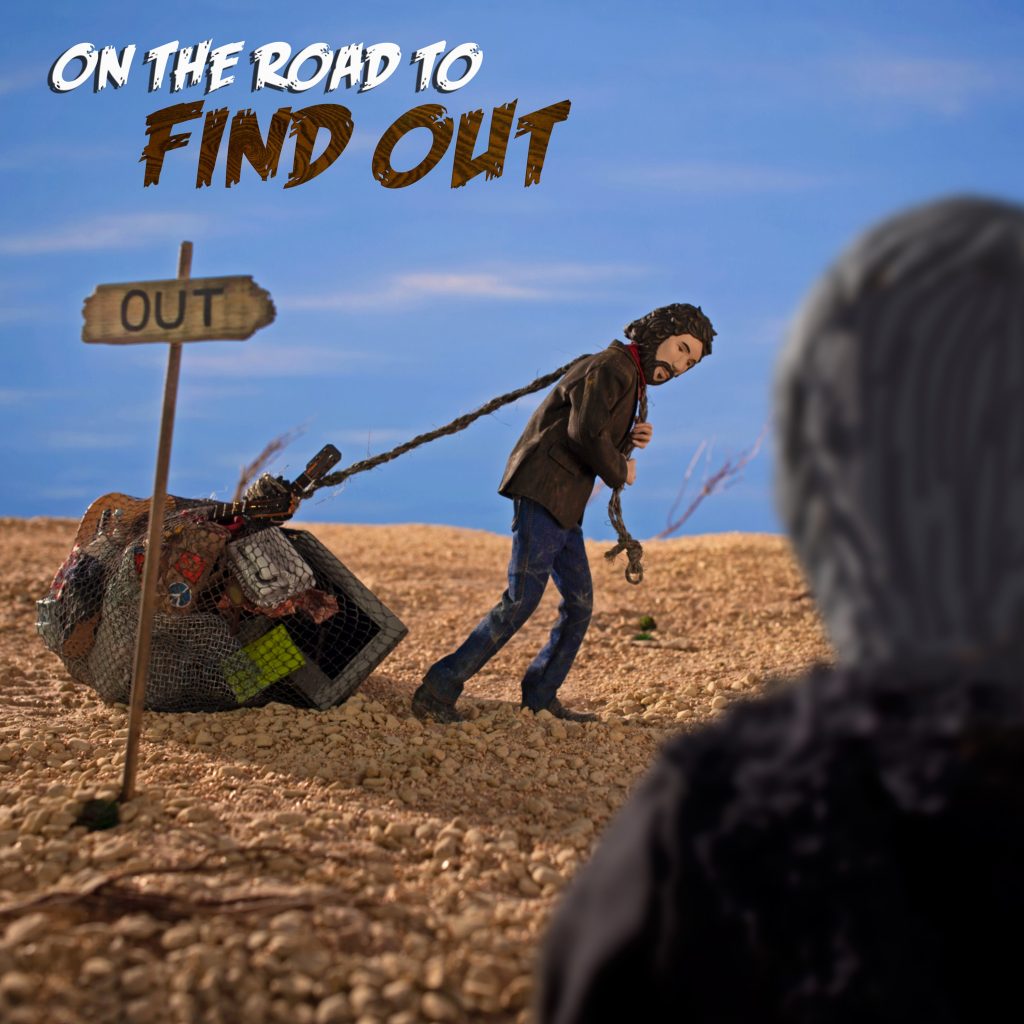 Alongside his inner-conscience development, Cat’s transformation led to reshaping his musical direction which revealed itself in the stripped-down acoustic sound of his next two groundbreaking albums: Mona Bone Jakon and Tea for the Tillerman.

A striking visual collaboration between Yusuf and directors Kimberly Stuckwisch (Billie Eilish, Thundercat, MØ) and Melora Donoghue of Invisible Inc. has been released the same day.

The video for ‘On The Road To Find Out’ is an allegory for humanity’s journey of self-discovery and the historical events, art, and music that have influenced life and culture. Stylistically, we are reminded of sci-fi classics such as Star Wars, Dune and even Mad Max with an added touch of magic realism. Our protagonist struggles to pull a boulder-like mass of artefacts that represent his ties to the material world through a desert landscape. The mass keeps growing until he discovers a small symbol of life in the wilderness – he is then able to discard the shackles of materialism and walk with his soul free and unburdened.

In keeping with the ecologically conscious approach to the recent ‘Where Do The Children Play?’ visual, the production of ‘On The Road To Find Out’ used all-natural light, no generators or electricity, and items from the boulder were donated for recycling.

The new release of ‘On The Road To Find Out’ offers a second glimpse into the reimagined Tea for the Tillerman², following ‘Where Do The Children Play?’ – immortalised in a powerful new stop motion animated music video created by Chris Hopewell and Black Dog Films.

Originally intended as a celebratory token to mark the album’s 50th anniversary, the response to Yusuf’s Tea for the Tillerman² has been overwhelmingly welcoming. The idea of reimagining and rerecording the songs grew out of a discussion Yusuf had with his son, Yoriyos. The result speaks for itself. Paul Samwell-Smith was contacted and a week was booked at La Fabrique Studios in the South of France in the Summer of 2019, close to Saint-Rémy-de-Provence where Van Gogh painted some of his most famous works.

Most of the 11 songs were written by a young 20-year-old Cat Stevens in and around his native West End habitat, above his parents cafe, at the tail end of the swinging ‘60’s. Here they are sung and played after a lifetime of creative thinking and activism, producing a new bright and refreshing perspective. Fifty years on from their inception, the songs on T4TT² sonically resonate again, as loud today as ever. The album speaks anew of concern for the natural world and examines some of our most profound relationships, generation to generation, underpinned by a longing for spiritual union in an unpredictable and increasingly corporate monopolised world.

Yusuf / Cat Stevens’ life and career have seen him walk a boundless path and yet the central humanity of his message has remained consistent, radiating a warm lyrical lamplight on the musical search for peace and understanding between peoples, in harmony with the voice of nature. These vibrate not only through Yusuf’s music but can also be seen in his altruistic endeavours, such as his Peacetrain project.