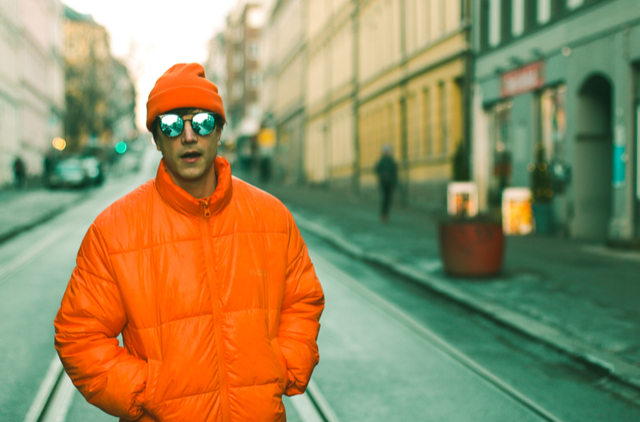 I always come up with cool words and sentences and do like notes on my phone, so when I get down to songwriting I usually just scroll thru my phone to find something that captures the vibe I’m into at the moment. Sometimes I go mad and just freestyle my way thru a song and some really cool lyrics appear at the end of it.

The amount you write, I write my best ones when I get 4-5-6 songs down in a day, usually one of them turns out real good.

Oh damn, hard ass question, but right now I guess its from ZERO, the line “I don’t wanna spend my life in a headlock“. I don’t wanna be held down by others or stuck in the same place for too long, I wanna be free to move and o whatever I wanna do, go wherever I wanna go, explore whatever I want to. So that one kinda sums up my life at the moment 😀

What inspired “Zero”, your latest single?

‘Zero’ is inspired by the realization u have bad friends and bad influences around you. Sometimes u gotta go away for a while to come back and see it, and that was the case for me. I realized I had bad energy around me, and I realized it was stealing loads more than I was getting from the good vibes I have around. So that, and also I wanted to try and mix up rock, RNB and pop somehow musicwise, guessing Khalid, The Weeknd, Daft Punk and Bruno Mars come together on this one 🙂

When a new album?

When I’m done releasing new tracks, which will be at the end of this year 😀

He helped me develop my ideas into something even more funky, and forced me to repeat the chorus three times haha, was just gonna be once originally!